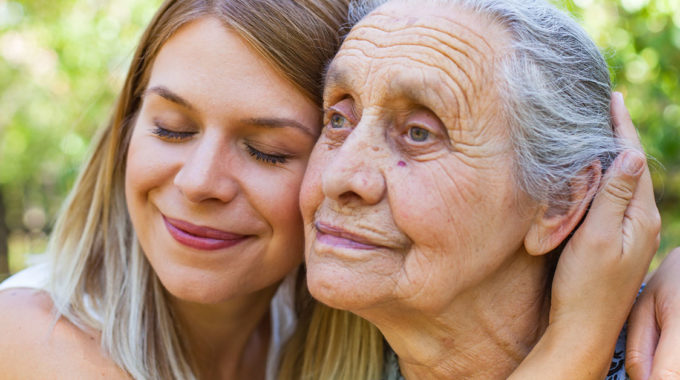 Perhaps you’ve heard of the phenomenon where a dying person who has been confused or sluggish suddenly develops mental clarity for a period of time. What is this? Is it a real medical occurrence or a myth? Many hospice nurses and doctors have stated that it does happen and that families should be educated about the possibility. This supposed period of mental clarity has important implications in the patient’s and family’s peace of mind.

What is Terminal Lucidity?

Terminal lucidity is the medical term that refers to a period of increased mental clarity and alertness during the dying process.1 It can last minutes, hours, and even days. It is commonly thought of as occurring within a week or a day of death but has been documented as occurring within the last month of life.2 By some definitions, hallucinations often accompany terminal lucidity.3 However, the hallucination association is controversial on at least two fronts.

There is currently no accepted medical explanation for terminal lucidity, and few modern explanations have been offered.2 While there are some academic case reports and case series,3 many of the reports available to healthcare researchers fall short of their usual requirements. On the other hand, we have to acknowledge the fact that most high-quality study designs on this subject would not be allowed. Terminal lucidity occurs for only minutes, hours, or a couple of days. It would be unethical to use some of that precious time to conduct a study.

Terminal lucidity has been recognized in healthcare literature of today and stretching back to ancient Greece.4 In the 19th century, medical literature stated that a period of unexplained mental clarity and alertness was a sign that the person had less than a week to live.5

Discussions of terminal lucidity seem more common in the context of Alzheimer’s and dementia. This is because if it’s true and the underlying mechanisms could be discovered, treatments for Alzheimer’s and dementia could also be discovered. In fact, terminal lucidity has been described across a wide range of medical conditions. It has been documented to occur for people with:

In much older studies, that list included rabies and infection. In one modern study, Dr. Sandy MacLeod directly interacted with 100 dying people and observed cases of terminal lucidity. He concluded that the cases could not identify predictors of the occurrence. Terminal lucidity is unpredictable.

How Common is Terminal Lucidity?

A survey of past literature including all accounts (medical observation and family reporting) estimates that terminal lucidity occurs for roughly four out of ten people with an extended dying process.6 In the recent study where Dr. MacLeod directly observed 100 people in their last month of life, he observed six cases.3 This would put the prevalence at 6% of cases, but Dr. McLeod was not with the patients continuously. Some authors have surmised that terminal lucidity is less prevalent in today’s medical and scientific literature. They further hypothesize that the phenomenon was more common in earlier times and that the regular use of pain-relieving medications in modern care may mask the effect.2,5

How Does Terminal Lucidity Affect Families?

Personal accounts often refer to families interpreting terminal lucidity as recovery. This can make a death a few days later feel like even more of a loss.2 This is why some hospice professionals advocate for educating families about terminal lucidity, despite the limited scientific evidence. If families know that a period of mental clarity and alertness may signal a conclusion of the dying process, they are more likely to treat terminal lucidity as what it is: a gift.

Is My Doctor Giving Up on Me? Reactions to A Hospice Recommendation.

What Are the Benefits of Hospice?

Leaving a Legacy Through Storytelling

Reflection is a natural reaction to entering the later years of life. How we have…