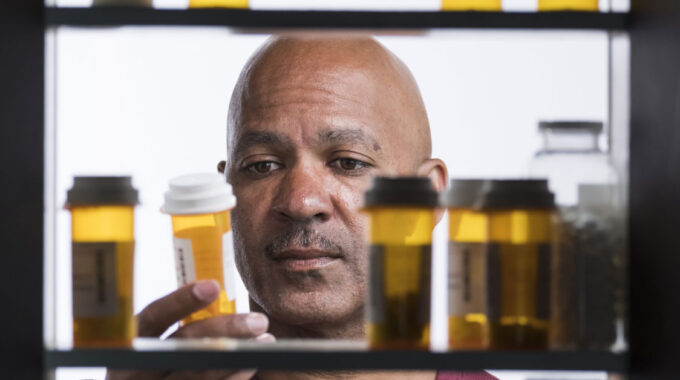 High levels of pain are an unfortunate but usually manageable part of dying – especially when the diagnosis is cancer. Oncologists and hospice nurses use opioids as a staple for protecting dying patients from this pain. However, a report presented at the recent annual meeting of the American Society of Clinical Oncology shows that Americans near the end of life are more 42% likely to have uncontrolled pain than in years past. Andrea C. Enzinger, MD of the Dana-Farber Cancer Institute and her research team put the blame on overreach of the government’s opioid prescribing restrictions.

Uncontrolled Pain on the Rise for Dying Patients

Enzinger et al. studied a random sample of medical records from the years 2007 to 2016. They analyzed the histories of 243,124  Medicare patients with cancer, 30 days prior to death or hospice enrollment. Researchers found that in 2007, 13.2% of patients near the end of life made visits to emergency departments for uncontrolled pain.  By 2016, emergency department visits for uncontrolled pain increased by 42%. An important goal of palliative care is to manage pain effectively without the need for urgent care or unplanned medical encounters.

Does This Relate to Hospice Care?

It may be worthwhile to point out that the trend of uncontrolled pain at the end of life measured here does not include hospice care. Patients in hospice were excluded from this study. Hospice focuses strongly on effective use of pain medications and other pain management strategies according to the wishes of each individual patient. Enrolling in hospice is one way to ensure the most effective pain management available.

Why is Uncontrolled Pain Up 42% for Dying Patients?

As part of the effort to curb the rising trend of opioid deaths, policymakers put restrictions on the dose, quantity, and duration of opioid prescriptions. This resulted in a leveling off of opioid prescriptions after 2010. 2 The study authors put the blame for uncontrolled pain at the end of life on overreach of these policies.

Are Opioids Bad for Dying Patients?

The short answer is that effective pain control by means of greater opioid prescribing at the end of life correlates with increased survival. This remains true when, in hospice care, opioids are combined with sedatives. Withholding opioids from dying patients may be counterproductive in all regards: cost control, quality of life, and protecting health and longevity.

Dr. Enzinger’s team also noticed disturbing racial disparities in uncontrolled pain. While uncontrolled pain is on the rise for all races, blacks proved 30% more likely than whites to have uncontrolled pain (as measured by emergency department visits). Similarly, the decline in opioid prescriptions was much more pronounced for blacks and other non-white races. While the general population saw a 14% decline in opioid prescriptions for patients dying of cancer between 2007 and 2016, black and other non-white races experienced a 71% greater decline. Blacks went from being 6% less likely to receive opioids than whites to 17% less likely. Blacks also received weaker prescriptions than whites.

One possible reason is bias in prescribing behavior. However, the researchers point out possible socioeconomic factors in play. For instance, neighborhood pharmacies now keep lower inventories of oral opioids. This trend may be variable by geography, creating disproportionate access to pain control by neighborhood.

Patients and families need to be their own advocates. People with a poor prognosis have a right to effective pain control and to information about hospice. Enrolling in hospice can lower barriers to pain control. When people enroll in hospice in a timely fashion, hospice typically decreases symptom burden to what it was a year before hospice admission.

Why People with Kidney Disease Do Not Use Hospice