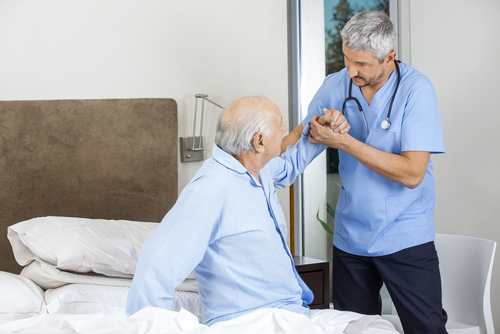 The field of hospice has a long and rich history. It stems back to the days of the crusades and has since worn many hats. Its modern incarnation is focused on relief, respite, and spiritual peace for both terminally ill patients and their families. A recent set of studies from the Dana Farber Cancer Institute and the American Journal of Geriatric Psychiatry have further confirmed the utility and benefit of hospice care with strong evidence to demonstrate that patient satisfaction in end-of-life care rises significantly when hospice services are a part.

It had been a long-standing endeavor of researchers to demonstrate a definitive link between hospice services and patient and family satisfaction in end-of-life care. Ample studies have emerged over the years, but for the most part they do not tell the entire story of how beneficial hospice services are to the terminally ill and their families. More recently, two key studies have emerged to analyze data put forth by other researchers to form a more comprehensive analysis of the benefits of hospice. What they reveal is hospice’s ability to allow patients to feel more in control of the dying process, and to help families cope with grief.

A 2016 literature review published by the American Journal of Geriatric Psychiatry gathered data from thirty-six peer-reviewed studies to answer the question, “What defines a good death?” The review found that patients and family members overwhelmingly place emphasis on the dying process (i.e. where, how, and with whom one dies) as the to priority and factor for satisfaction in care. Unsurprisingly, a majority of the people surveyed said they would find more control in their home environment than in a hospital setting. Despite all the advantages offered by a full medical facility, the atmosphere therein is one of handing over care decisions to doctors. The results therefore tend towards treatment, because the professional drive is to heal rather than to help a patient to accept death. This approach has been shown not to improve satisfaction in end-of-life care.

It is within the context of the dying process that hospices thrive. They are designed to create an environment conducive to a patient’s needs and wants, and to help them and their families to accept the inevitable. Many hospices offer in-home services, and are equipped with the skills and knowledge to aid those for whom they care in their transition and grief. Yet, the findings of the literature review fall short in measuring the net improvement in care satisfaction resulting from hospice services. It simply lists the top determining factors, as reported by patients and their families.

A concurrent study from the Dana Farber Cancer Institute, also published in 2016, set out to quantify hospice’s effect on patient satisfaction in end-of-life care. Their research, which examined interview data from 1,970 family members of deceased cancer patients, demonstrated a stark difference in rates of satisfaction between those who partook in hospice care and those who did not. The study reports: “The families were more likely to assess care as excellent — by relatively large margins — when: the patient had hospice care for more than three days, compared with fewer than three days or none; the individual wasn’t admitted to an intensive care unit (ICU) in the last 30 days of life; the patient died at home or some other location outside the hospital, such as a hospice facility.”

It is a tendency of doctors to want to cure their patients, but what the study from the Dana Farber Institute, authored by Alexi Wright, MD, MPH, tells us is the tendency to hold off on hospice services until the patient has fewer than three days to live may actually be more damaging to the patients and their families than allowing a patient to transition to hospice for a longer period of time. The study also demonstrated that in-home hospice care and in-facility hospice care both significantly improved family satisfaction rates of care when compared with those who received none of these services.

What does all this prove?

Hospice works. Since its conception, hospice has played a vital role in society and will continue to do so. It is a place where human dignity is kept intact and the best care and comfort is afforded. It is a safe place where families may pause, grieve, and reflect in peace. More importantly, it is a place where patients may retain some control over their care and how they meet their end. This in turn leads to better care satisfaction, which is paramount for the family members of those who have passed.

Why Are There Only Four Children’s Hospices in the Country?

Caregiver Grief: 4 Self-Care Principles to help Cope with the Loss of a Patient

Hospice nurses work closely with death. They encounter death every day, and they lose someone…