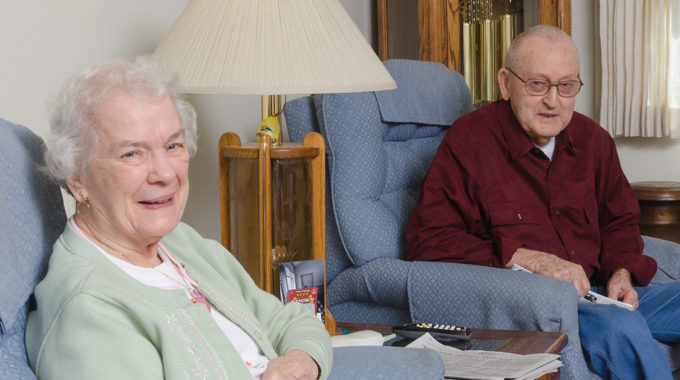 What is the Widowhood Effect?

Physicians have long known that mortality rates increase after the death of a spouse.1 The increased likelihood of a person dying in the months after a spouse dies is called the widowhood effect. Our emotional and social ties affect our physical health, and little can interrupt that more than losing a husband or wife. The widowhood effect even extends to an increased risk of cancer.2

Many people are aware that hospice provides palliative care and household support so people can live their last months with dignity and relative comfort at home. It is less known that hospice provides emotional support, including a year of bereavement programs for surviving spouses. Research shows hospice improving satisfaction and emotional status among family members.2 Could this improvement translate into improved survival for grieving spouses? One study says “yes.”3

Hospice Improves the Survival of Patients and Their Spouses

Considerable research shows that hospice improves the survival of patients by days to months. Hospice’s effect on the survival of family has received less attention. This study explores the question. Nicholas Christakis at the Harvard School of Medicine, and colleagues, analyzed the health records of 61,676 couples. Half received hospice. Half experienced a death without the benefit of hospice. In the no-hospice group, the mortality rate of widows jumped to 5.4% in the 18 months following their loss. When the husbands received hospice before dying, the wives’ mortality rate was 9.3% lower.

Why Does Mortality Increase After the Death of a Spouse?

The widowhood effect may be due in part to losing a partner in the world’s challenges. There could be less help when a person gets sick or injured. Less help with home maintenance, managing finances, or cooking could all theoretically increase the risk of mortality as well.

Interestingly, the widowhood effect is not significant when the spouse dies of Alzheimer’s or Parkinson’s. One theory is that spouses with these causes of death stop contributing to their partner’s survival long before death. An alternative theory is that the prolonged nature of these diseases gives spouses more time to adjust emotionally.

Is It Appropriate for Doctors to Use the Surprise Question on Terminally Ill Patients?

What Matters Most at the End of Life

As we've covered before, hospice care is usually different - quite a lot more different…