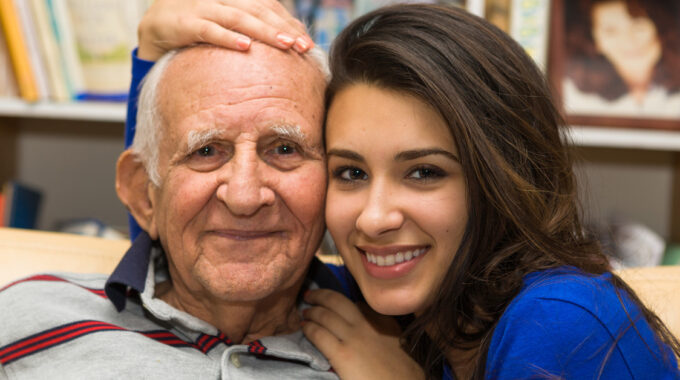 A first-of-its-kind study published in the Journal of the American Geriatrics Society in February shows that patients with dementia live longer in home hospice than in nursing home care.1 The observations in this study speak to a pervasive and problematic myth: that choosing hospice equates to giving up and hastening death. In fact, hospice care goals do not include lengthening or shortening life. Rather, hospice works to improve quality of life during a very important time of life. Consequentially, a consistent body of research over the past two decades has found that home hospice care correlates with life being lengthened by days to months. This is compared to patients seeking cures, receiving hospital palliative care receiving nursing home care.

Survival of Hospice and Nursing Home Patients with Dementia

In the current study, Elizabeth Luth PhD and colleagues examined the medical records of more than 3,800 patients with dementia. Patients were either in nursing homes or in home hospice care. The comparison models were risk adjusted for relevant demographic and clinical factors. The patients in nursing homes proved 30% more likely to die within six months than patients in home hospice.

Compared to dying in a facility, people often feel that home is better at offering comfort, companionship, and peace. On the other hand, hospitals provide the best lifesaving, high-tech care. People sometimes fear that leaving the hospital would lower the quality of care or that enrolling in hospice would be giving up. Fortunately, the desire to have both the comforts of home and high-quality care do not have to be in conflict. When a person’s life expectancy is six months or less, a consistent body of scientific research shows that people live longer in hospice compared to other healthcare alternatives.2-9 For instance, a major study published in Cancer, the peer-reviewed medical journal of the American Cancer Society, finds that people in home hospice have longer survival than people with similar conditions receiving palliative care in hospitals.2 Other studies find that patients with a prognosis of six months or less live longer in hospice than when they pursue curative treatments.3-9

Policy Implications of Survival of Patients with Dementia in Hospice Care

Luth et al. found that nearly four out of ten patients with dementia discharged from hospice alive or had a length of stay exceeding six months. Some of the live discharges were due to patients transferring to a hospital. Others were hospice graduates. While more time with a loved-one may be appreciated by family, from a policy perspective, survival frequently exceeding six months presents problem. Medicare rules stipulate that only patients with a six-month life expectancy should be enrolled in hospice. Doctors can usually predict life expectancy within three months when the prognosis is less than one year. The current study suggests that dementia may be an exception to this.

This past December, The New England Journal of Medicine published a report noting a historic…

What is a Hospice Graduate?

Nurses often use the term “Hospice graduate” to describe patients who, during hospice care, improve…