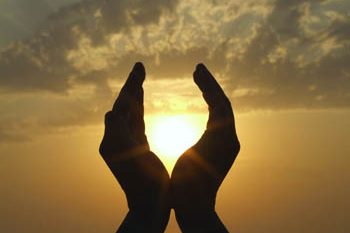 Are old people generally less afraid of dying than the rest of the population?

It’s not a question that gets a lot of attention, which is understandable given that its very nature usually makes for uncomfortable conversation. It is an interesting one, however, especially for anyone who works in the care sector with patients in their latter years.

As we reach those advanced years, the risk of unexpected events and life-limiting illness becomes ever-greater. Naturally, then, we should presumably be more afraid of passing away with every passing year.

That’s what younger folks might think. The reality for many seniors, however, is quite at odds with that assumption.

The Practical Side of Passing Away

A little tertiary research around sites discussing the issue finds the following selection of quotes about dying, from people above the age of 70:

“I do not dread the day I will no longer exist. I am thankful that I ever existed. At my age, I have many wonderful memories to cherish and joy every day from the things I do.”

“Life is like a mountain. While you are climbing, all you are focused on is the peak. But for the descent, you now have the perspective of seeing – and appreciating – the vast and interesting view

“I don’t fear death, though I do regret its coming. My motto is and has been: if a day goes by in which I’ve not learned something new, it was wasted.”

There’s a certain poetry to the way many older people view death. Very few of them want to die, of course, but its inevitability permits a kind of practical acceptance, along with that poetic lens. The wisdom and insight that comes with age

The wisdom and insight that comes with age provide a kind of blanket in which older people can wrap themselves, comfortable that their experiences and interactions have been worth a great deal to others. At the same time, that breeds a desire to have more of them and make the most of whatever is left.

When our remaining days become somewhat quantifiable, rather than a distant concern to worry about far into the future, a practical need to fill them with more wonderful memories seems to take over for many people. Fear of not being around any longer is less of a factor than the desire to maximize the time that’s still available.

That’s a much more practical outlook than many younger people would expect to see in senior life, but it doesn’t equate to fear being completely removed from the equation of old age.

The Fear of Becoming a Burden

The declining fear of death comes with an important corollary, which is the increased concern of becoming a burden to family and friends.

In the same searches that pulled out the quotes above, the very real fear of mental illness, loss of physical ability, and generally being a drain on friends and family is consistently present. Even in situations where the people we love are happy to help in any way they can, it’s the loss of control that really troubles seniors, more than the loss of life.

All of the experience and wisdom built up over the years is at risk with the kinds of disease that put seniors at risk. Physical ailments limit the ability to use free time to make new memories with friends and family, which in itself is tough to take. The most frightening prospect, however, is that of mental deterioration.

The most frightening prospect, however, is that of mental deterioration. Dementia-related diseases rob seniors of the very thing they value most, their memories. When our perspective on dying is shaped by the value of the experiences we’ve already had, being unable to recall them – or losing them entirely – is enough to reset the balance and put fear into anyone.
With all of this comes the prospect that a loved one will have to sacrifice part of their life to provide care. That burden is perhaps more difficult to bear for the person being cared for as it is for their family member, which is why care services are so popular.

Professional caregivers can help to fill the gap between a willing family member and an unwilling parent. Often they make seniors feel more comfortable simply because they ‘re doing something they’re paid to do, rather than a duty that was forced upon them.

The sentiment that seniors handle the subject of death better than most should only be taken as a generalization. End-of-life care remains as sensitive a subject as ever and the individual’s outlook must always be considered before applying ideas that only apply to some, not all seniors.

The upside of this conversation is that we see the reflective, poetic side of the aging process.

As inevitable as getting older is, it can also be a reminder to look back on all the positives of life. The prospect of death actually makes seniors focus more on getting even more out of life, as they understand that a limited number of days remain and want to make the most of them.

COVID-19 Lessens Use of Hospice in the U.S.

In a natural, expected death, people often enter a period of unresponsiveness for hours. It…

Medicare Gives Hospice a Larger Pay Raise than Expected, but Less than Needed

On July 27, the Centers for Medicare and Medicaid Services (CMS) announced a final rule…