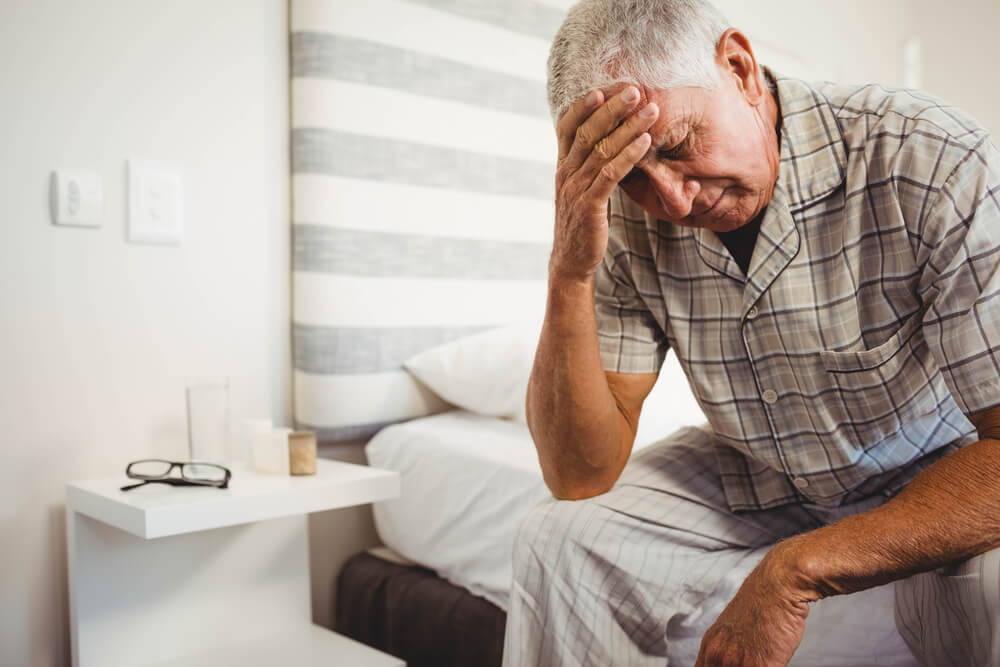 Having a loved one with Parkinson’s disease can be especially trying for a family caretaker. Parkinson’s presents many physical challenges that make life difficult, including tremors, slow movement, balance issues, among others. These physical symptoms create many substantial obstacles for sufferers and the people who take care of them. However, what many people don’t realise is that Parkinson’s also has non-physical symptoms, including one that can be particularly overwhelming to understand and adequately manage: psychosis. Parkinson’s disease psychosis affects many people who have the disease, and developing a better understanding of what it is, why it happens and how it can be managed can ease the burden of having to deal with it for patients and their family members.

What Is Parkinson’s Disease Psychosis?

Many people think that psychosis — a condition in which a person loses touch with reality and has delusions — is only a symptom of psychiatric conditions like schizophrenia. However, people with Parkinson’s disease can also experience psychosis. They may see visions, hear sounds, and think thoughts that aren’t real or sensical. Experts believe that Parkinson’s disease psychosis affects about one out of every five people who have Parkinson’s Disease. Psychosis most often appears several years after someone has been diagnosed.

While Parkinson’s disease psychosis is relatively common, doctors still don’t fully understand the cause of the condition or why it happens in some people with Parkinson’s but not in others. However, there is some understanding of what might trigger the condition, including medications, infections associated with Parkinson’s, and lack of sleep. Experts also believe that dopamine treatment might be a cause of psychosis, as well.

People who have Parkinson’s disease may be on many medications to treat their physical symptoms. They may also take drugs that can help slow the progression of their condition. However, there are different additional treatments that sufferers of Parkinson’s disease psychosis may need to help them get their symptoms under control.

First, a doctor will examine a patient with Parkinson’s to ensure that there aren’t any undetected medical problems present. For instance, other illnesses that can cause episodes of psychosis in patients include dehydration, electrolyte imbalances, unrelated infections and more.

A doctor may also consider using antipsychotic medications to treat Parkinson’s patients who are experiencing psychosis. These medicines can help balance the chemical levels in the brain and reduce the frequency of delusional or hallucinatory episodes. If Parkinson’s patients who are experiencing psychosis take their prescribed medications on time and as prescribed, there is a good chance that their symptoms will be alleviated.

Caring for a Person Who Has Parkinson’s Disease Psychosis

Getting a person living with Parkinson’s disease adequate medical care to determine the cause of Parkinson’s disease psychosis is an essential step for any caregiver. Treating the loved one with the proper medication and treatment can help alleviate symptoms and make caring for them more manageable. However, there are also some steps that loved ones can take to understand the condition better and manage it at home, so the situation is as stress-free as possible.

First, caregivers should make sure the living conditions are safe for a sufferer. Hide dangerous objects, make sure areas are adequately lit, keep a calm attitude and ensure that a patient is not in a situation where they will cause harm to themselves or the people around them.

People can also make the situation more bearable for a loved one (and themselves) by not arguing with or challenging a sufferer. Instead, they should listen to them, distract them or calmly explain the reality of the situation. Caregivers can also tell other people in the patient’s life that they are experiencing psychosis, which can help ensure that they are available to provide support in the right ways.

If a caretaker is worried about leaving a patient alone, they can consider arranging for alternate caregivers who are trained in managing patients with similar conditions, or they can try to find ways to spend more time at home. They should also not be afraid to speak openly about what’s happening. Since so many people with Parkinson’s experience psychosis, other people may be able to relate to the experience and offer advice. Others will appreciate being let in on the situation so they can help provide support both for the caretaker and the sufferer.

Veterans Hospice Project in Northern Illinois Abandoned Due to Costs

Marty Johnson cares for those in the final stages of their lives. She is a…

Enrollment in hospice is an emotional process for patients. It can also be rather tricky…

5 Tips for Visiting a Relative with Dementia in Hospice

Research shows that 44.7 percent of hospice patients are diagnosed with dementia, and the condition…