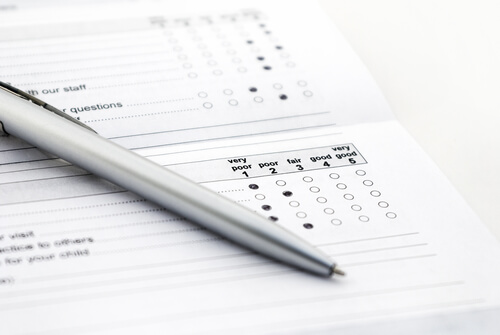 Since 2015, the Centers for Medicare & Medicaid Services, or CMS, has required hospices to conduct satisfaction surveys with the families of their patients. The requirement began as part of an Obamacare provision that sought to understand and improve satisfaction in care in the families of hospice patients. The results were recently published on the CMS website, and at first glance, the data look good.

According to the data collected by CMS, two-thirds of respondents gave hospices high marks. However, accepting the data as-is would negate the context from which it was obtained. A more in-depth dive into the results reveals endemic problems with the survey system, rather than point to the widespread success of hospices.

As with most surveys, the most significant challenge is to encourage participants to participate and return their answers. Hospices acknowledge low response rates to their surveys. In fact, fewer than one-third of families surveyed returned a questionnaire.

“It’s a crapshoot,” explained Jennifer Bullard of Interim Healthcare in an interview with the online journal Modern Healthcare. “If we send out 30 surveys and we get five back, there is no telling what the responses will be.”

So far, the responses have been, on average, positive. That easily could change. And as with many other industries, the respondents who turn in responses are often those who had a positive experience. Families of patients who had a poor experience may not take the time to fill out a survey. Fewer than one-third of family members, according to Bullard, turn in surveys, which means they have no idea what two-thirds of patients’ family members think about the care that was received by their loved one.

Did the CMS Survey Offer the Wrong Incentives?

While the CMS survey program had good intentions, the first results are anything but encouraging. If fewer than one-third of families respond to the survey, hospices who do not wish to lose part of their Medicare reimbursement could prompt some patients to respond over others to skew the results in their favor. Although there is no proof that this happened in any capacity, the mere possibility of such a scenario, and the unexpectedly high satisfaction in care assessed by CMS data, puts into question the validity of the results.

Over 1,000 Hospices Were Not Surveyed

Part of the data released by CMS shows a significant number of hospices who were not required to survey the families of their patients. Over one thousand hospices were exempt from the survey, and the data do not justify the exemptions. Considering there are fewer than six thousand hospices in the country, it appears nearly one-quarter of hospices who receive Medicare reimbursements did not participate in the CMS survey. This further puts into question the validity of the data as a measure of how well hospices are doing nationwide.

While hospice industry veterans are questioning the CMS data and its results, the agency has moved forward with publishing their findings and are preparing their recommendations for the next phase of the program. How the results will be interpreted and utilized is entirely uncertain. This uncertainty puts hospices in a precarious situation where they do not know that the benefits or consequences of the program will be, even though the surveys have added additional administrative burden to their operations. Considering the problems with the data set, many hospice providers hope the data will not significantly affect their future operations or lead to recommendations that could hurt their reimbursements from Medicare in the future. For now, the future remains uncertain.

How to Care for a Loved One in Hospice This Winter

Having a loved one in hospice care is never easy. Caring for someone with a…

Five years ago, voters turned down a ballot measure to legalize physician assisted suicide in…