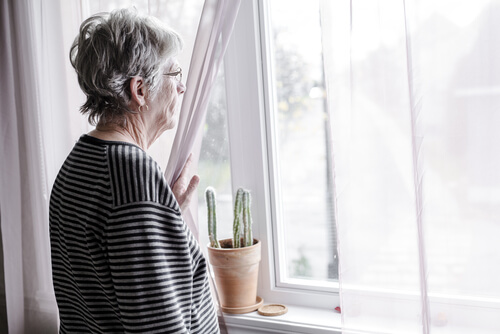 Fear of death is ubiquitous. As far as we know, we are the only species on earth to have the ability to think about our future and to recognize the inevitability of our own demise. It is the curse of the evolved brain: the ability to think outside of ourselves and to visualize the future has allowed us to understand the physical laws of the universe better, to build great cities of steel and concrete, to put boots on the moon, and to recognize that none of us will live forever. We spend a great deal of time participating in activities to make ourselves feel safe and removed from the risk of death. These activities separate us enough from death that our fear of dying does not interfere with daily life. However, when thoughts of death spiral out of control and disrupt a person’s ability to live a normal life, they may have a clinical condition called thanatophobia, or death anxiety.

What is Death Anxiety?

The three main kinds of death anxiety are:

Predation death anxiety involves the harming of others. As strange as it sounds, hurting or killing another person or animal reminds us of our own fear of death. It triggers feelings of guilt and anxiety that can lead someone to continue their pattern of harming others.

Existential death anxiety occurs uniquely in humans (as far as we know). It is the result of our ability to visualize our own future and our understanding that all human life must end. The other two forms of death anxiety stem from our biological and evolutionary need for survival, whereas existential death anxiety stems from our ability to recognize the finite nature of our own lives. Awareness of death leads us to exhibit all manner of behaviors that can cause problems in daily life. The central mechanism by which humans have coped with death awareness is denial, but denying the inevitable does exact a toll on those who take it too far.

What are the consequences of death anxiety?

Whether we accept it or not, death anxiety affects our behavior. Famed cultural anthropologist Ernest Becker studied the human relationship with death in depth, and what he found has remained controversial for many years. Becker found a close relationship between death anxiety and risky behavior; specifically, he discovered that people reminded of their own death make riskier choices and participate in more dangerous activities. He also sought to find a causative link between a person’s perceived life expectancy and their likelihood of committing violent acts. Using a combination of historical and anthropological research, he proposed that people who expect to live shorter lives tend to display more aggressive, violent behavior.

Becker’s research faced heavy criticism, mainly because his theories were not well studied and his conclusions had not yet been widely observed in the laboratory. Recent research, conducted by worldwide laboratories and thinktanks, have tackled Becker’s ideas, and they have found that he was largely correct in his conclusions. Indeed, thinking about death alters how we think, and obsessing over it can change the structure of our brains. People with more death anxiety are more likely to fear violence in safe spaces, and to seek out weapons as a means to defend themselves from the threats they perceive in their environment. Seeking out weapons leads to a higher likelihood of being involved in violent acts, both as the victim and the perpetrator.

Behavior changes are not the only consequence of death anxiety. Since death anxiety, particularly predator death anxiety, triggers our physiological response to fight or flight, thinking obsessively about death can create havoc in the human body. Famed primatologist Robert Sapolsky, who studies the social behaviors of baboons, has studied the effects of stress on the body. In a documentary for National Geographic, he explained the part of his research that deals specifically with the stress hormones we produce when under duress, and the physiological consequences of persistent stress. Sapolsky’s research has shown that persistent stress and fight-or-flight responses can damage our cells, lead to premature aging, and cause a host of chronic and deadly diseases. Therefore, our death anxiety not only alters our behavior for the worse, but it also has the potential to tear us apart at the cellular level.

Death anxiety among those with life-limiting illnesses presents several challenges to the hospice field. A wide breadth of studies has shown earlier enrollment in hospice leads to higher patient and family satisfaction in care, rather than continue treatment. Despite our understanding of the issue, patients and their families often elect to pursue aggressive and experimental therapies to prolong life. These treatments are uncomfortable for the patient, and while some may extend life, they do not extend quality of life.

Healthcare workers know that hospice would help in these situations, but the decision to enter hospice ultimately rests with the patient and their family. Death anxiety, which presents itself most strongly in those who are reminded of their own death, affects patients’ decisions on when to enter hospice. In cases where patients are incapacitated, family members may delay hospice enrollment due to their own death anxiety. As we previously discussed, merely being reminded of our own death heightens our death anxiety and alters our behavior.

Healthcare workers are acutely aware of this, and are not immune to death anxiety themselves. Doctors and nurses dislike the prospect of sending a patient to hospice just as much as patients and their families, and some may recommend further treatment in a last-ditch effort to save someone who is terminally ill. Once a life-limiting diagnosis has been made, the best course of action is to consider hospice services. Hospice is not a place for people to die (although they do die there), it is a healthcare service with the goal of helping patients make the most of their final days, weeks, or months. Hospices offer a range of services, including medical care, palliative care, emotional care, and spiritual care. Caregivers work to help patients make peace with their predicament, make final arrangements, and work with the family to cope with grief.

How to deal with death anxiety

We humans have sought to alleviate our death anxiety since the emergence of our species. We have devised many coping mechanisms over time, such as denial, religion, and self-medication, but none of these has helped much. More recently, longer life expectancies have allowed many of us to put off thinking about death, which has dramatically alleviated death anxiety among most people. But what about those whose death is imminent? We at 1-800-HOSPICE™ do not have the answer. All we can say is that each person will be different in how they gain acceptance for their sort, and hospice caregivers are there to help with the process.