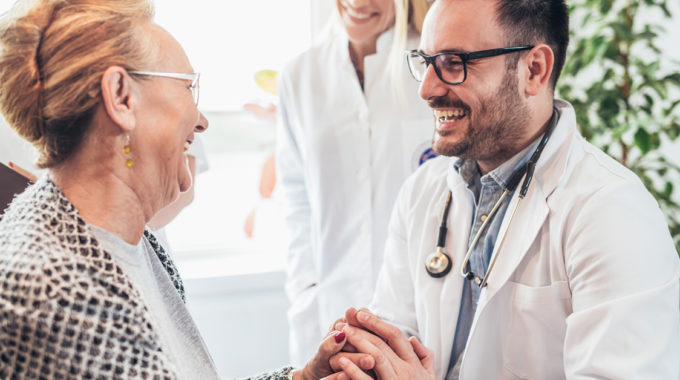 A report published in the Journal of the American Medical Association finds that most cancer patients misunderstand their life expectancy.1 This can have serious consequences for care planning. Let’s explore why this is so important and how people can make sure they have clear lines of communication with their doctors.

Why Patients Should Know Their Life Expectancy

First, we should note that life expectancy (or “survival prognosis” in medical terms) is only an estimate. Doctors base these estimates on past experiences and data collected from thousands of other patients. Individual outcomes can be very different.

Cancer often follows a more predictable course than some other terminal diseases. As options for a cure run out and people approach the end of life, they start making important decisions. These decisions affect choices for comfort care, financial planning, choosing a medical power of attorney, and many other issues. People with an accurate sense of the prognosis make better decisions. Studies show that patients who know their prognosis have higher quality of life.2 Their families also have better emotional status after a loved one passes. Much of this improvement stems from higher hospice enrollment rates and timelier enrollment. Hospice is connected with longer life for people with advanced illness, higher quality of life, and better emotional outcomes for the family. Patients experience optimal results when hospice lasts at least 90 days, so the timing of enrollment makes a difference, too.

In the current study, Robert Gramling, MD and a team of researchers surveyed 236 patients and their 38 doctors. Patients all had advanced cancer and a prognosis of 12 months or less. Patients and doctors came from different centers in both New York and California.

Why Is It So Hard to Communicate Life Expectancy?

End of life can be a very emotional time for patients and families. These high emotions make it difficult to receive important information. For instance, Terri Fried, MD and colleagues found that nearly half of patients did not recall documented conversations about their own life expectancy.3 Doctors must give the information repeatedly and ask patients to explain the information back in their own words.  Patient expectations may influence doctors to choose their words very carefully, and this may not always be the best formula for clear communication. A survey by Kutner and colleagues found that 100% of patients want their doctors to be honest while 91% of the same patients want their doctors to be optimistic.4

Who is More Likely to Misunderstand Life Expectancy?

The problem of misunderstanding life expectancy seems universal. The recent research of Dr. Gramling and colleagues suggests no one is immune to prognostic discordance. When the numbers are adjusted by income, education, and sex, the data shows everyone is equally likely to misunderstand life expectancy. Furthermore, people who remembered having the conversation with doctors and people who were very confident in their understanding of that conversation were equally likely to have an expectation that was different from their doctor’s.

How to Better Understand Prognosis

Patients who want to know their prognosis should routinely start conversations about life expectancy with doctors. It may be helpful to understand that doctors are reluctant to discuss life expectancy in most cases. It helps them when patients make their wishes known. Doctors may try to say one thing while patients hear something entirely different. The prognosis changes as a person’s condition changes. That is why patients should periodically explain their understanding of their own prognosis to the doctor and ask if that is correct. Doctors tend to be optimistic in their estimates. It can be helpful to ask doctors, “Would you be surprised if . . .” and then specify a number of timeframes that are meaningful to you. Research suggests that the “would you be surprised if” question elicits more accurate estimates than direct requests for a survival prognosis.5

Should the OIG Have Suggested Increased Oversight of Hospice-concurrent Payments?

In February, the Office of the Inspector General (OIG) released a data brief calling out…

Hospice Decreases Spending $11,300 per Patient in a Recent Study. Minorities Half as Likely to Receive Hospice.

A recent study out of The Ohio State University confirms that hospice reduces healthcare spending.…

How to Speak with Someone Who is Dying

For many, visiting a dying person can be uncomfortable because we don’t know what to…