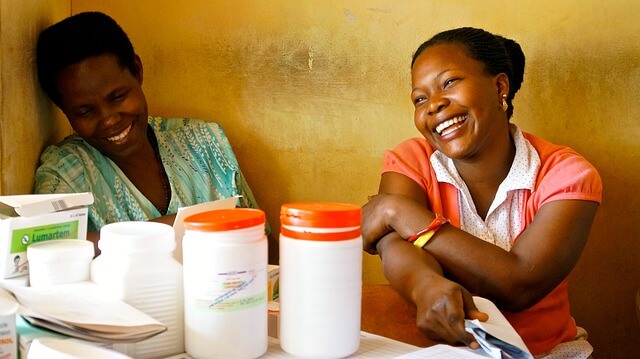 We are fortunate in the United States to have experienced a sort of enlightenment in regards to palliative care. As recently as the late 1980’s and early 1990’s, doctors in hospitals saw curative care as the only option for patients, and they avoided using pain medicine such as morphine because there was a belief such drugs might usher in a quicker death. The medical community has since learned better. Not so, however, in other countries around the world, especially in the poorest countries with less access to healthcare. That’s where nursing professor Cathy Campbell wants to make a difference.

The United Nations recently declared palliative care a human right. Despite this, major swaths of the world’s population still lack access to adequate end-of-life care options. In countries like South Africa, where the nurse to patient ratio stands at nearly five hundred to one, patients who face life-limiting illness have little to no choices in care. Even if the workforce could meet demand, Healthcare workers in these countries lack the training required to dispense palliative care.

An enlightenment in regards to palliative care

University of Virginia nursing professor Cathy Campbell knows what poor end-of-life care looks like. She has worked in nursing for over 30 years and remembers the poor state of palliative care in the 1980’s. “There was always this great tension between compassionate care and the cure, the cure, the cure,” said Campbell to UVA Today reporter Christine Phelan Kueter, “and at that point palliative care wasn’t very good, and the things we did to patients weren’t very good for them, either.”

While her work has helped bring about the newfound awareness about palliative care in the U.S., Campbell has more recently turned her attention to those countries who lack the resources to develop comprehensive end-of-life care programs. She recently received a Fulbright grant to research and develop end-of-life care programs in South Africa and Thailand. Her goal is create training programs that will prepare healthcare workers for handling end-of-life situations and allow patients to have access to palliative care. Part of her approach will address the lack of palliative care in nursing school curricula, which has yet to see a full integration. First, the grant money will allow Campbell and her research assistants to hold focus groups to assess the greatest areas of need for each region.

Harpist Patty Harrington Brings life to Hospice with her Music