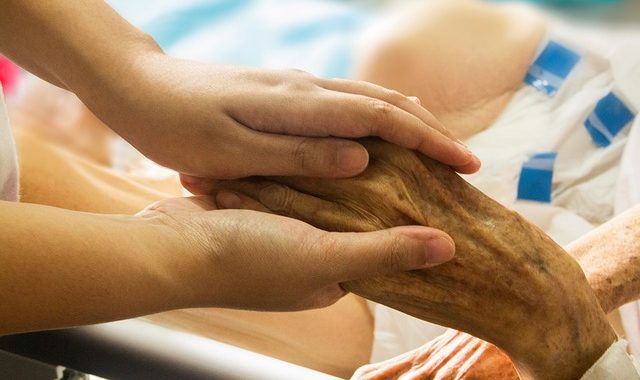 There is a new buzz word circulating through Hickory, North Carolina. The word is hospice. Through the efforts of a local theater troupe from St. Stevens High School to raise awareness for hospice, the discipline of hospice is receiving some much needed attention. Too often, hospice is considered a grim place where the ill and terminal go to die. Not so, say the theater troupe. Hospice is about life.

The project in question, which was also held to raise money for Catawba Regional Hospice, was part of an annual project the theatre troupe conducts to bring about a focus on civic engagement and community outreach. The students have used their acting talents to improve awareness of various community organizations through this project. Hospice was the topic of choice this year.

Hospice is far different from anything the troupe has tackled to date. Said Arts Director Milly Rice of St. Stephen’s High School, “We decided to broaden our approach and keep the awareness aspect to it, to make people aware of what hospice actually does in general. It meant not only did we do the stories of patients but we also got the experiences and stories from the staff members of hospice to the bereaved to the donors, and a home patient.”

To prepare for their performances, students spent time with patients in hospice to learn their stories and to learn about their experiences in hospice. From this time spent visiting with hospice patients, the students developed a variety of theatrical performances, from poems to monologues to storytelling and soliloquies.

“Talking to the patient I got to be with, she talked about how much more she got to do,” St. Stephens High senior and troupe member Carson Gantt said after a visit to research the topic of hospice. “She learned more about life and how it should be lived rather than about dying and that’s what hospice is really about, learning how you should live.”

The goal of the show, of course, was to provide a heartfelt and impactful performance to promote their cause. The planned opening accomplished just that. Said Rice, “There is an opening that we do and through research we found the actual last words of hospice patients and the show starts with those last words and there is a song.”

The performance was held at First Presbyterian Church in Hickory, North Carolina on January 14th, 2017.

Originally reported at The Hickory Record.

Learn more about hospice with the following articles:

What is palliative care?

The 3 Ingredients to Successful Aging: Work, Diet, and Exercise.

In a 2012 TED talk titled Why bodybuilding at age 93 is a great idea, speaker…